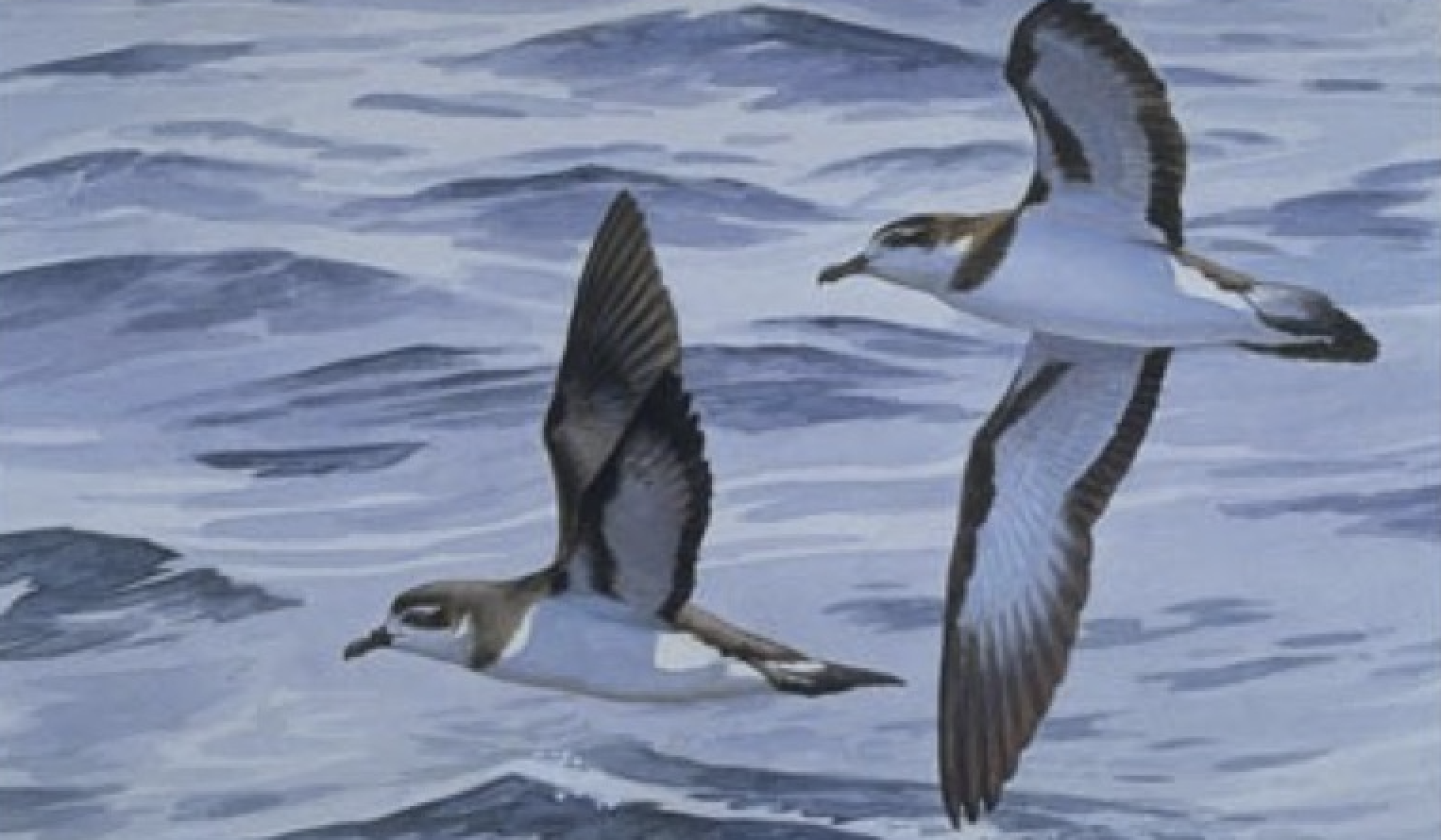 The Cahow is a Bermudian name for Pterodroma cahow, also known as the Bermuda Petrel.

The Cahow is a seabird endemic to the Island of Bermuda. It is believed that hundreds of thousands of pairs bred on the island before human settlement. Being a long-lived, slow-breeding species, it was vulnerable to exploitation initially by mammals introduced by passing ships. Pigs and rats found them easy food and then when the settlers arrived they brought cats and terriers to kill the rats but these animals found the Cahows easier to catch. When famine threatened the settlers the colony of settlers moved to Cooper's Island where after just a few years of eggs and chicks being taken for food, the cahow  was thought extinct after 1616. It was rediscovered in 1951 when a cahow was discovered on an isolated offshore island. At first no further evidence of a Cahow colony was discovered since their nocturnal habits and choice of breeding grounds made them very difficult to find. After intense protection, the Cahow population was established to be 18 pairs, which in 1961 successfully fledged only 8 chicks. It took another ten years for effective conservation measures to be fully implemented. Finally these led to a reversal of the trend of decline to a trend of increase. There were 34 pairs by 1984.  Since then it has increased exponentially, but nevertheless in 2010, 92 pairs successfully fledged 52 chicks (see also: https://environment.bm/cahow-recovery-programme). One reason for the slow response to protection was found to be due to the effects of the pesticide DDT which caused thinning of the cahows' eggshells, so that they broke during incubation. Interestingly, DDT had not been used on Bermuda, and the birds find all their food at sea, indicating that although it was being used as an agricultural pesticide, it was entering the marine food chain due to runoff into rivers and thence the open ocean from farmland.

This EWA community was created to share stories about the Cahow. See also: https://neotropical.birds.cornell.edu/Species-Account/nb/species/berpet/overview/

David Wingate in conversation with friend Jane Campbell talks about his life's work conserving the Cahow.